I like doors. Doors are cool. They help me get into rooms and buildings and stop the cold air and intruders from getting in. But then, that’s mostly all they do. Sometimes I look at a door and wonder what it is that we can do with it. How can we innovate the design? How can we make it more interesting? How can a door become the talking point of a room?

Well, I need ask those questions no longer, as the Austrian Designer Klemens Torggler has answered every single one in serious style. Introducing his new ‘Evolution Door’, Torggler’s designs are truly revolutionary and unlike anything I’ve seen before.

Employing Torggler’s own ‘flip panel’ kinetic system, it looks like something you might imagine from an MC Esher illustration. Constructed of two square panels riveted by precisely placed rods, at the flick of a finger the door folds in on itself as if it were a flimsy piece of paper.

Having begun creating these rotating doors in 1997, Torggler has created five different variants of the design in total, however, the latest is Torggler’s cleanest and most captivating design to date.

Perhaps they aren’t particularly practical, and I wouldn’t rush out and replace my solid oak front door with one of Torggler’s designs, but they’re really quite captivating.

They may not be the most insulated door, either, but in places where that’s not an issue, they could be a great addition. From a design perspective, they add a touch of futurism to a room, whilst the moving lines and angles effectively act as a stand-alone work of art. Most likely used as a semi-permanent or optional room divider their light weight and ease of use make them a great option.

But don’t go rushing out to buy one just yet, as they aren’t on general sale. Instead, Torggler has treated them as prototypes, although he has a selection of signed models available through art seller Atelier Contemporary.

There’s nothing I like more than seeing art meet technology and for now, we have to just thank Torggler for his dedication to innovation and changing the way that we look at everyday furnishings. 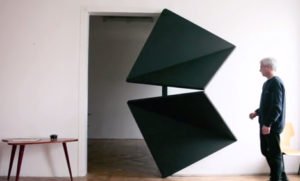 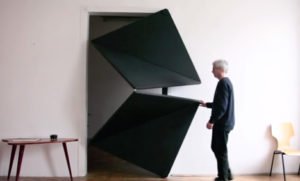 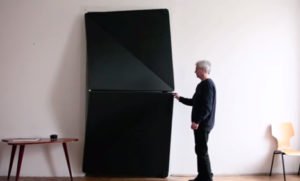 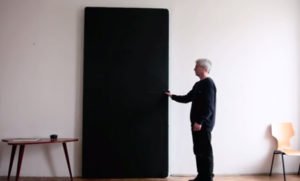